Jorge Puello: Not a lawyer after all

For my initial report on Jorge Puello, please go directly below this entry.

Jorge Puello, who has been a high-profile advocate for the American Baptists as they navigate the Haitian justice system, is in apparent violation of Dominican law for failing to register with the local bar association or obtain a license, said Jose Parra, vice president of the Dominican Lawyers Association.

Parra said his organization was still investigating the situation and might file a complaint with the Justice Department, which could pursue criminal charges.

Last night I asked some questions about Puello's relationship to CVBC and Laura Silisby. I was particularly interested in whether Puello and Silsby had a pre-quake relationship (about what?) which would have greased the way for Puello to slide in and "advise" the prisoners, their families, and their churches.

We now have this small statement from Sean Lankford, whose wife Corinna and daughter Nichole are being held in Haiti, which suggests that either the folks in Idaho are just plumb dumb or that they had reason to trust Puello, sight unseen. (my emphasis).

Sean Lankford of Meridian, Idaho, whose wife and daughter are among those detained, said Puello provided his services for free.

"He's really shown himself to be completely trustworthy, and I truly believe he has done everything to help our people and to help us," he said in a telephone interview from Idaho.

Lankford said Puello contacted relatives of the Americans to volunteer his services. 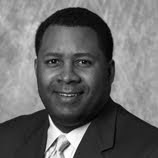 The Dream Team is (co)headed by Reginald J. Brown, (right) Vice Chair of the firm's Public Policy and Strategy Group. Brown has a long list of very high profile government and multinational clients, is a former board member of Hewlett-Packard (them again!) and is a former special assistant to George W. Bush. The other co-leader is WilmerHale partner Jennifer O'Connor, former Deputy Assistant Secretary for Policy in the United States Department of Labor under the first Bush, and former special assistant to Bill Clinton. Allen's attorneys have issued a statement that Puello does not represent Allen. I hope to write more about Liberty Legal, Jim Allen, and his attorneys this weekend.

These are not lawyers to be trifled with, and Puello is a trifle.

It looks like he's laying low--hiding out from Interpol who has a warrant on him, the Salvadoran National Police who want his fingerprints, and Judge Bernard Saint-Vil who's investigating him. Oh, and Homeland Security is looking into him. The Idaho folks must be having cats the size of mastodons.

...Puello declined to comment in a brief telephone interview, saying he would be busy in court representing a U.S. firm seeking to establish a business in the Dominican Republic. He could not be located in court and did not return later phone calls.

An emotional Puello, did, however, give a short and bizarre interview earlier in the day with ABC News denying that he had done anything wrong An incurious ABC news gatherer (or to be nice, maybe a news editor cut the meat out, but we doubt it) reports the following:

But Jorge Puello denies any wrong doing and told us one reason he took the missionaries' case is because he knows what it's like to be falsely accused.

"If I had somebody that would have done what I did for them, I would not be in this big mess that I have for past years. So that's why this case touch me.

Ed Murrow must be spinning out of control.

Posted by Marley Greiner at 1:57 AM