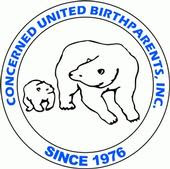 CUB: Concerned United Birthparents had issued a statement regarding Haiti. It is linked on the sidebar at the right under Organizational Statements. Here is an excerpt:

As the United Nation’s Children’s Fund (UNICEF) and its partners – including the Haitian Government and the Red Cross – establish safe spaces for the hundreds of thousands of children separated from their families before and after the earthquake, and begin to register all unaccompanied minors, CUB urges the governments of the U.S. and Haiti to halt any further airlifts of children or any new adoptions.

In addition, CUB urges that any groups with clear or potential conflicts of interest – such as adoption agencies and ministries – be removed from the decision-making process about how best to serve Haiti’s children. Humanitarian policies should be applied on a case-by-case basis for those children whose legal adoption had already been approved, and were in the process of being adopted, with the support of the latest and best practices in the field. “But,” Cullen says, “all other pending adoptions should be immediately suspended.”

Haitians living in the U.S. should get help to locate their youngest relatives on the island, and the transfer of any children with documented parents or family members in the U.S. should be expedited, for temporary or permanent placement.

Posted by Marley Greiner at 7:40 AM