Please go to my previous entries, Haiti Child Evacuation: A New Operation Pedro Pan (my keystone Haitian entry), Haiti: Misc. Updates on Adoption and Pat Robertson, and Pat Robertson and Adoptee Rights for the context of this entry

******
Last night, Anon Guy posted an article on the new Pedro Pan scheme, now publicly and unembarrassedly dubbed, "Operation Pierre Pan," in the comments at my "Child Evacuation" entry. It appears that some "reasonable" heads have prevailed temporarily, but only out of expediency, not lack of enthusiasm for a mass childlift to the US.

I was going to post the full article published in Friday's Sun Sentinel, but on second thought, Anon Guy did such a nice job of culling and emphasizing the important parts, I decided to post his vetted version instead. I urge you to read the entire article, though, since it also deals with the anti-immigrant nativists poised to throw a hissy fit over little black kids "sneaking" into the country--which is not in any way, shape or form related to our objections. 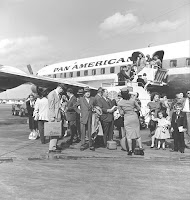 Randolph McGrorty admits it's a little too soon to focus on what some are calling "Operation Pierre Pan," but the concept has already captured the imagination of advocacy groups and others looking to offer hope to the orphans of the Haitian earthquake.

"The response has been swift and overwhelming," said McGrorty, executive director of Catholic Charities Legal Services in Miami. McGrorty floated the idea in news conferences Thursday. By Friday morning, he had to remind supporters that the immediate need in Haiti has to take precedence over the concept, which is modeled after the "Operation Pedro Pan" movement that brought thousands of Cuban children to the United States in the 1960s.
...
That, he said, will take some time, not to mention the permission of the United States government. McGrorty said he has contacted the Department of Homeland Security about the idea, but no commitments have been made at this early stage.
...
"We've already begun to make preparations and are willing to do our part," said Mark Riordan, Broward County spokesman for the state's Department of Children and Families. While he didn't know how many children could end up calling Broward County home, Riordan said he does not every child [sic] in the program to end up in South Florida.

He also doesn't expect them all to be orphans. "It would not surprise me if parents who wanted a better life for their children gave them up and said 'Here, take care of my child,'" he said.

Aside from the logistical issues of how many children would be brought into the United States and where they will be sheltered, there are legal issues revolving around their immigration status that need to be resolved with the federal government.

McGrorty acknowledged are (sic) big differences between post-revolution Cuba and post-earthquake Haiti, including the motivation behind the migration and the potential to ultimately reunite the children with their families. But the overall objective is the same: a fighting chance at a life with opportunity.

We're not sure which is worse, a Catholic Church-CIA plot to separate families to make kids political pawns in their War Against Communism (hardly to give kids a "fighting chance" in the US) or a Catholic-Church-neo-colonialist adoption agency plot to snatch kids to fill Catholic Charities coffers and in some cases save their souls from the evangelical missionaries that roam the streets of Port au Prince and environs.

As a quick aside, my mailbox has been overflowing for the last couple days with beg letters from evangelicals demanding money for their individual Haiti-saving missions. For instance, the radical theocratic anti-abortion Schenck Brothers, Rob and Paul, founding members of the original Operation Rescue are shilling their Faith & Action Haiti "rescue" program. During the 1992 Democratic Convention Rob (left) attempted to toss a fetus in Bill Clinton's face.

Blogger Field Negro reported Friday that a guest on rightwing film critic Michael Medved's radio talk show lectured listeners (and Medved agreed) that aid to Haiti should be tied to the country becoming a "christian nation." I've been unable to download the show to hear it myself, but here's Field Negro's account: 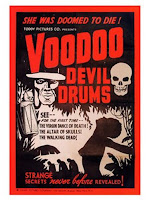 Medved had a some fraud masquerading as a man of god on his program, telling his listeners that Haiti has to be rebuilt into a Christian nation, (No, it wasn't Pat Robertson) and that part of the (The Haitians) problem is that they worship old African religions and believe in voodoo. Yes, he really said that. Medved and his guest wanted strings attached to A-merry-ca helping to rebuild Haiti. Only if they embrace our culture, religious teachings and way of life. "Flood the country with missionaries".

Have no doubt that christianity in its many forms will be greatly entwined in the fate of Haiti's orphans and quasi orphans.

While the churchy folks argue churchy things and raise money to push their agendas, we have the very real specter of adoption industry-State Department funny business developing. Not to mention child trafficking. (see Christiane Amanpour's interview with UNICEF Executive Director Anne Veneman found at the CNN link below for a discussion on child trafficking during natural disasters.) Don't be surprised to see serious attempts, which may succeed, to make international adoption in the US "easier" to not only accommodate Haitian paps and Haiti savers, but move all cross boarder adoptables into the spammer. The lagging adoption industry's wet dream. 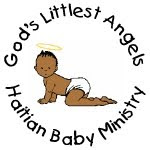 Emergency visas and passports could help push through adoptions that were stalled after the quake, and would open up beds for children who lost their parents in the disaster, said Dixie Bickel, director of God's Littlest Angels orphanage (a christian ministry) just outside Port-au-Prince.

Posted by Marley Greiner at 8:32 PM