God continues to stick it to Laura Silsby and her combination cellie and live-in nanny Charisa Coulter. One or two more days in jail.

Various news sources (I'm mostly using AFP via Raw Story, Verdict on US missionaries in Haiti imminent: US official with a little backup from the AP's Haiti judge not ready to release 2 US missionaries), report that Judge Bernard Saint-Vil has heard testimony from his three unnamed witnesses (Why do we know who they are, but the MSM won't name them: Hildago, Chenvert and Sanvil?) and now needs only to send the evidence to the prosecutor general's office for a final go-over.

"The final decision is mine," Saint-Vil said. And from all accounts, the dynamic duo intend to be home soon.

According to the AP:

The two women were in good spirits while waiting for the hearing, dressed in casual shirts, shorts and sandals, chatting with members of their legal team and eating sandwiches. Afterward they filled out U.S. Embassy and court forms before boarding a Haitian police truck that took them back to jail.

"We're waiting on the judge's decision and on our God," Silsby told reporters as they left.

Silsby, wearing her customary well-scrubbed and blissed-out exburban Baptist face, flashed her Bible to reporters, reciting Psalm 33:20: "Our soul waits for the Lord; He is our help and our shield."

In a separate AP article Tuesday, Detained, US missionary: I'd come back to Haiti, Silsby absurdly declared her desire to return to Haiti, presumably while she thinks her iron is hot:

Oh yes, both of us would come back to Haiti because there is so much need here, especially for the children," Silsby told an AP reporter at the airport-side police station where they are being held.

"We would definitely come back to help them once this misunderstanding or whatever you want to call it is sorted out."

Whatever you want to call it?

We realize that Silsby hasn't the amenities she's accustomed to at the moment, like Google. She might want to type her name in when she gets back to the US.

And, hold on to your hats:

The missionary said she wants to go ahead with setting up that orphanage, taking in both earthquake victims and the children of Haitian migrant sugarcane cutters in the Dominican Republic.

Those orphans and cane cutter kids will have to stand in line behind about $2 million worth of creditors and a lot of ungrateul former employees eager to steal the food out of the mouths of children. Those no-pays are probably a misunderstanding or whatever you want to call it.

I'd like to point you to Baby Love Child's Central Valley Baptist Church used its tax status for Laura Silby's New Life mission, too. Looks like there was a little misunderstanding or whatever you want to call it about the New Life Children's Refuge tax status and fundsraising practices.

This is a big story we hope (dare I say it?) the IRS picks up. It could be just a matter of the church acting as fiscal agent, but why do I think it's more? BTW, why does Sean Lankford insist that he never paid Jorge Torres Puello a dime, when there is ample evidence to suggest that a lot of money was wired to DR? 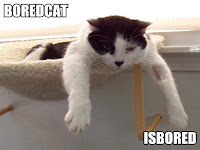 I really feel for TeamSilsby's State Department handler, Charles Luoma-Overstreet, spokesman for State's Western Hemisphere Affairs, who is stuck with rationalizing the unrational and pretending he cares what happens to the "missionaries." Presumably he gets paid good money, maybe hazard pay, for this unpleasant task. Luoma-Overstreet removed the clothespin from his nose long enough Tuesday to tell the press:

We're looking forward to a decision from the judge. This is a sovereign decision of the Haitian government,"...We are in touch with the authorities here and we'll be looking for that decision, hopefully soon.

...There are complicated issues in play here"...

..."It's not an easy question when we're talking about minors and orphans, welfare and disasters...

...We need to be very actively involved in seeing that all the procedures that are in place to protect the welfare of minors are followed to avoid confusion and misunderstandings," he said.

Then, he really went into diplomatic overdrive:

He explained the media attention the missionaries' case had generated in the United States was educating the US public about the issues involved in adoption outreach in disaster-struck countries. 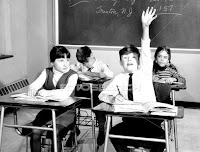 Unfortunately, instead of visiting the State Department's Adoption Disaster Teleclassroom, Team Silsby and hundreds of other DIY orphan savers took up the cross of disaster evangelism and have converged on Haiti since the earthquake, in person or vicariously via the Internet. Instead of doing something useful, like helping to keep a family together or building a bathroom, they spend a lot of their time blogging and tweeting about how UNICEF and its "anti-international adoption agenda," is not only responsible for TeamSilsby's arrest, but strongarms governments to keep their children at home when they would much prefer to export them to far away places with strange sounding names.

Of course, this really isn't about UNICEF and adoption (even if it is). It's about Biblical American hatred of the god-hating UN which, depending on how far you've fallen off the meter, is run by Communists, Jews, Muslims, atheists,Freemasons , bankers, the Illuminati, eugenicists, or worshipers of Zeus. Or a mixture. That's a topic for another time, but here is a random page of anti-UN blathering, and it's one of the saner ones. Here's one of the more insane.

There are a lot of adoption disaster busybodies clogging up bandwidth. Their adoption theology is complicated, goes beyond The Great Commission, and and difficult to grasp without a lot of history and context, which is beyond the scope of this blog. Without that context, I almost hesitate to post some of their Haitian thoughts, but I think it's important to read the mentality we are dealing with. I've downloaded a lot of their pontificals. Here's a few examples: 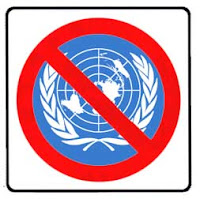 On the ground in Haiti, Christian orphan relief workers and missionaries are experiencing opposition from UNICEF, an international abortion provider, and formal opponent to American adoptions of Haitian children.

Step One in UNICEF’s anti-adoption strategy was to attempt to confound the huge outpouring of compassion and adoption interest by the international community, by voicing their concerns and opposition. Step Two was to politicize the capture of ten American missionaries transporting Haitian orphans over the border to the Dominican Republic, by mounting a media campaign to raise concerns about sex trafficking. Given the tremendous financial input of the United Nations, and their massive presence in Haiti, it is understandable why the Haitian government has often been in lock-step with UNICEF priorities.

Mommy Blogger and serial Haiti adopter Watching the Waters: Mrs. Waters moans over the Haitian requirement that each child scheduled to be shipped off for adoption needs her or his case investigated and then to be approved individually by the president, not shipped off on the next plane by collectivist roundup.

UNICEF continued to push their anti-adoption agenda on the Haitian government, until the government insisted they needed to approve each child on a case-by-case basis. Now, I am 110% in favor of ensuring that each child coming out of Haiti actually be eligible for adoption. But this is not what this is about. These families, who have now been sleeping on the floor of the US Embassy in Haiti with their children for days, have paperwork proving that they have adoptions in process. But UNICEF feels that Haitian children should stay in Haiti. That it is better for a child to stay in the country that they were born in, even if it means they are raised in an orphanage. And the Haitian government is being cowed by the pressure.

Randy Bohlender serial adopter, cultural imperialist, and intercessory missionary (i.e.,unemployed; please send donations) and founder of the adoption ministry Zoe Foundation (not to be confused with the other odious Zoe's Ark): Redeeming Orphans: (For a more extensive look at Randy go here.) Randy calls UNICEF's "anti-adoption" promotion nothing more than "nation pandering" and thinks Haitian and other Third World people are just too dumb to know what's best for themselves.

What would UNICEF do? In their perfectly ordered world, an orphan child would go through a process to verify that it’s an actual orphan. Then, they would try and match that child with an aunt, uncle or some other family member. If that fails, they look for another family in the country. If none shows up, they would look for a foreign national living in the child’s country of origin. If they can’t find a foreign national, then begrudgingly, they might be in favor of that child moving across a national border to a loving family.

I'm not sure what’s at stake here…the best interest of the child or the nation-pandering that UNICEF needs to engage in to keep this charade alive.

The UNICEF perspective is that children in poverty-stricken condiitions are better off if they stay in orphanages in their native culture than if they leave their native culture and go to families in other countries. You can debate this all you want, but that is what is behind the fact that Haitan orphans are not being allowed to leave right now. UNICEF saw an opportunity to spread their philosophy to Haiti and they have a lot of money that the Haitian government needs. At least that is the story that is being reported by people in Haiti who are in the know.

God, probably distracted momentarily by a same sex marriage announcement in the New York Times or a San Berdoo bastard's unsealed birth certificate, put scads of children in the wrong tummies, and now people like the above gang and Silsby have to clean up the mess. What would God do without his helpers?

Finally a short update on Paul Thompson, returned hero pastor of the Eastside Baptist Church in Twin Falls. Thompson (who I'll write about in a backburner blog soon) preached his first sermon since his return from jail, and it was covered by the Twin Falls Times-News. The important part of the article comes toward the end where Thompson frames the TeamSilsby arrests and incarceration as a stage for evangelism and conversion as in Rahm Emanuel's "You never let a serious crisis go to waste""
He spoke during prayer of a Haitian guard who approached the group, asking to be converted to Christianity.

Lord, that’s the kind of displays of our lives that we want to the watching world,” he said.

There is much more to write about. I've got several half-written entries, which I hope to get up soon. Of course, there's always new news pouring in.

Posted by Marley Greiner at 3:02 AM