Oh oh! You know you're in trouble when your own lawyer dumps you!

The Idaho Statesman reports today that on Monday Gerald T. Husch, Silsby's lawyer back in Boise who has been representing her and Personal Shopper.com in a civil suit filed by a former unpaid employee, has filed a motion to withdraw as counsel. 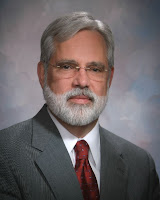 I imagine a lot of straws have been piling up on that camel's back. Perhaps the delusional statement to the AP yesterday (see previous entry) from his morally and probably financially bankrupt client that she wants to return to Haiti and DR to collect more kids and build her orphanage while her stiffed creditors line up at court and the poorhouse, was the last one.

I know that as an officer of the court Husch (or somebody) has a fiduciary duty to defend even the most reprehensible, but how, with Silsby's finances tossed on the rocks, can there even be a defense at this point except to throw her on the mercy of the court and the kindness of her creditors and former employees?

It appears Silsby is indigent and near homeless. Missionaries of the Vodou persuasion from Haiti should come up to Meridian and take her kids off the street and and put them in an orphanage (with a swimming pool) where they can be adopted out and placed in a good homes in Haiti--or shipped off to India or Brazil.

According to records found in the Idaho Repository, Silsby is scheduled for three court hearings this month. something she just cant fiddle-dee-dee away, as much as the voices in her head tell her she can:

Husch is Silsby's attorney of record in the Oliver case, and his motion for leave will be heard on the 24h.

This new episode in the Silsby Saga again brings up the question: who is paying for Silsby's defense in Haiti? Surely, nobody would believe your check is i the mail."

I'm having real problems right now articulating the total disgust I feel for this sociopath for God, her churchy associates and friends on so many levels. I thank my commenters on yesterday's entry (on the Daily Bastardette) for articulating these feelings for me.

Posted by Marley Greiner at 5:15 PM